Velious was an exciting launch for Faceless. Before we go into the actual launch, we should preface it with the drama that started months before launch.

Naturally, your fearless server defenders stepped up and let everyone know that we’d safeguard Agnarr from the evil RMTers. No pre awakening ST loot or accounts would be sold on Agnarr! 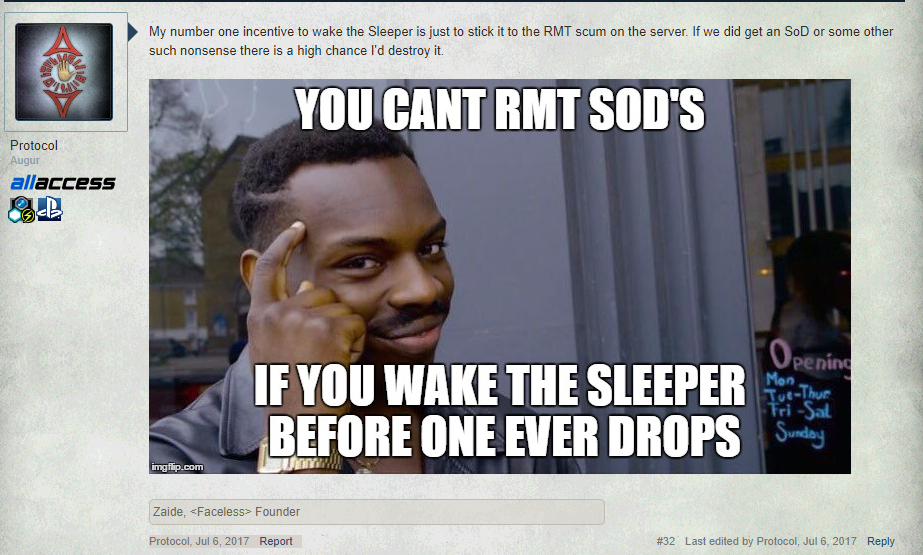 The server didn’t believe us, but that didn’t stop them from forming a three guild alliance to try to race us to Sleeper’s Tomb by mass instancing key mobs. It didn’t matter though, because your raid isn’t killing much when your guild leader is still rocking mesh at launch and half way through Velious. 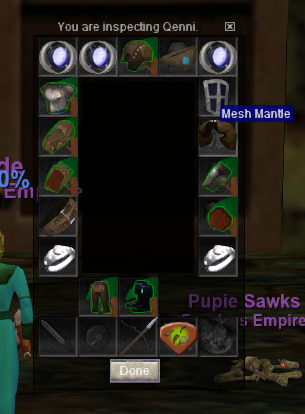 Naturally Faceless countered this plot by raiding for 22 hours straight, clearing all Velious content and split raiding every ST key mob as well as crushing most open world ST key droppers all while our Monk Seal Team kept the Sleeper’s Tomb zone in free of tresspassers. In the end we completed 22 ST keys and killed all four warders, waking the Sleeper at the 22 hour mark. While there we traded all the loot to pets to permanently destroy it, in the case of no drop items we gave them to classes that could never use them (Congrats Hannah and Cinge on your Shrouds of Longevity). 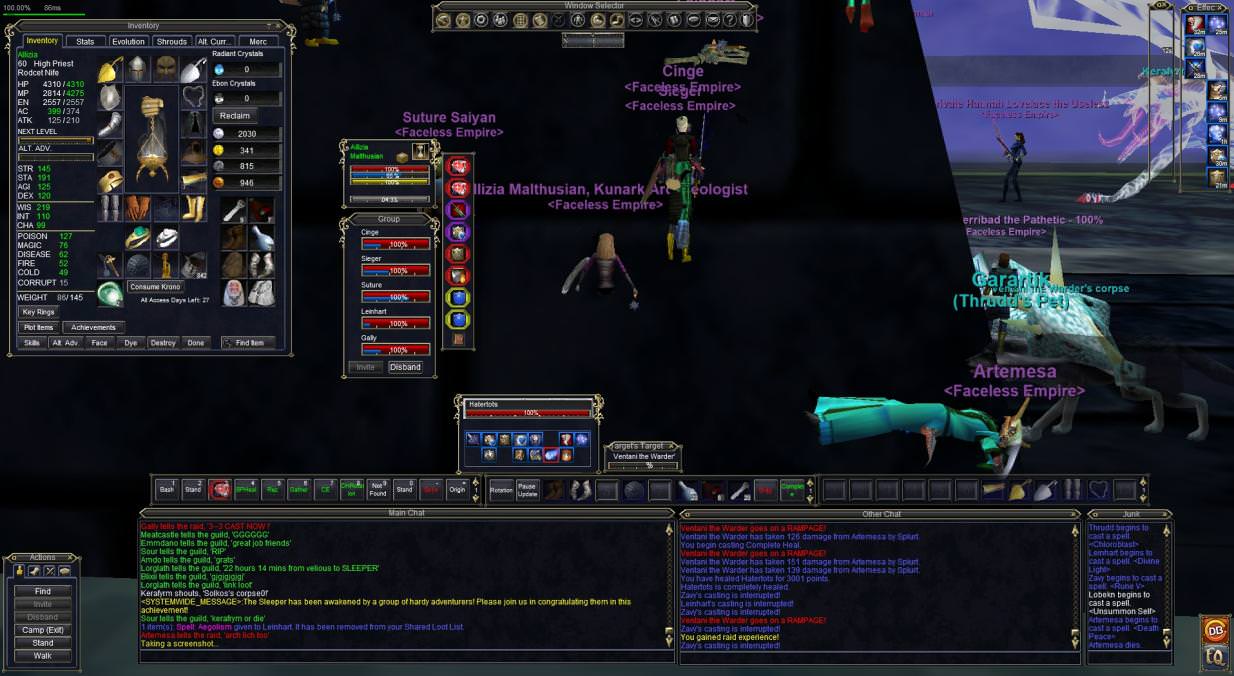 Of course, the dirty RMTers of Agnarr were not happy 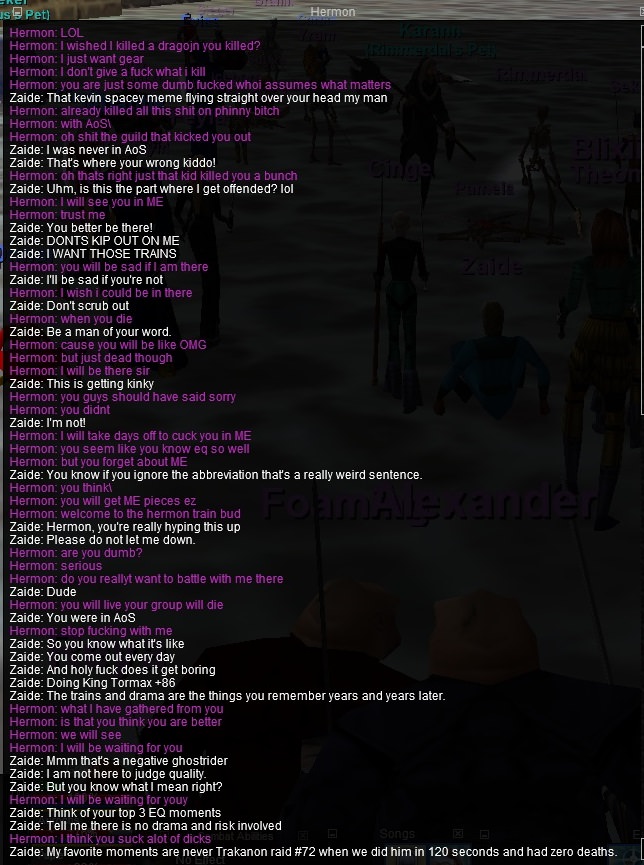 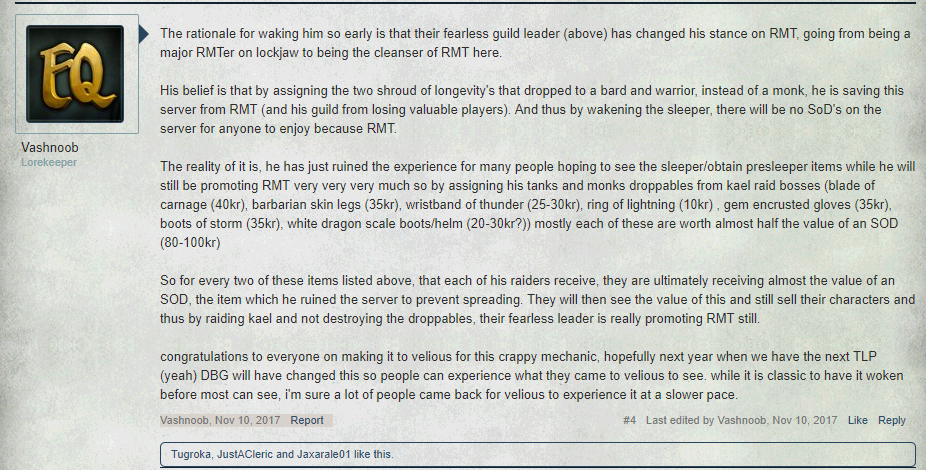 Of course, even Daybreak Games wasn’t prepared for this turn of events, only a day later they would release their official Agnarr Velious Newsletter
https://www.everquest.com/news/eq-scars-of-velious-progression-primer 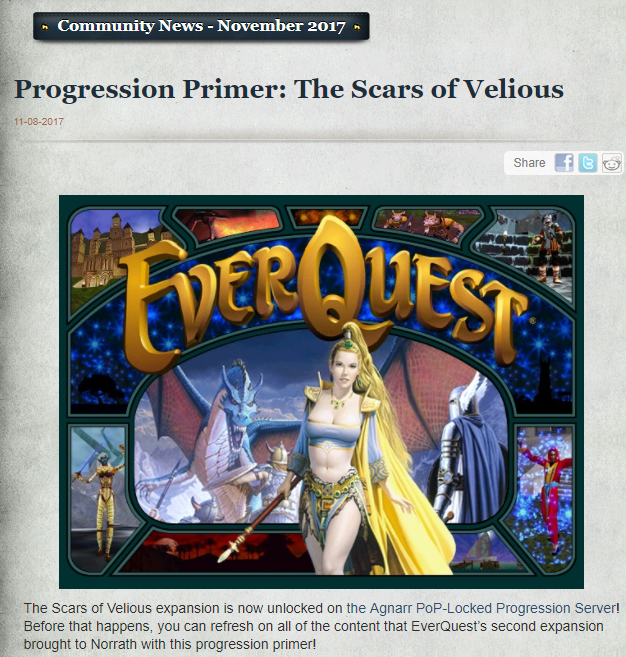 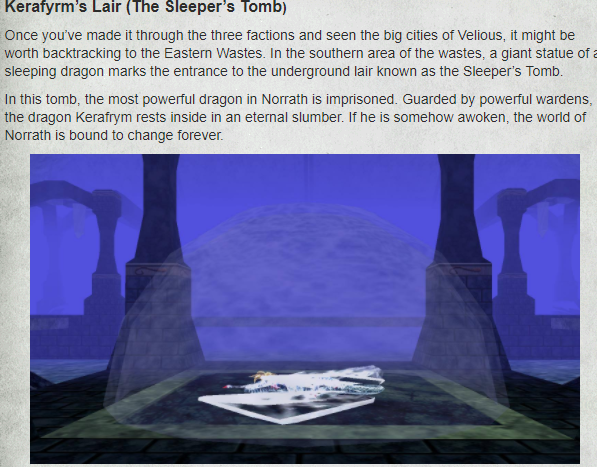 But don’t worry. There are plenty of other mobs to kill in Velious, and we killed them too! 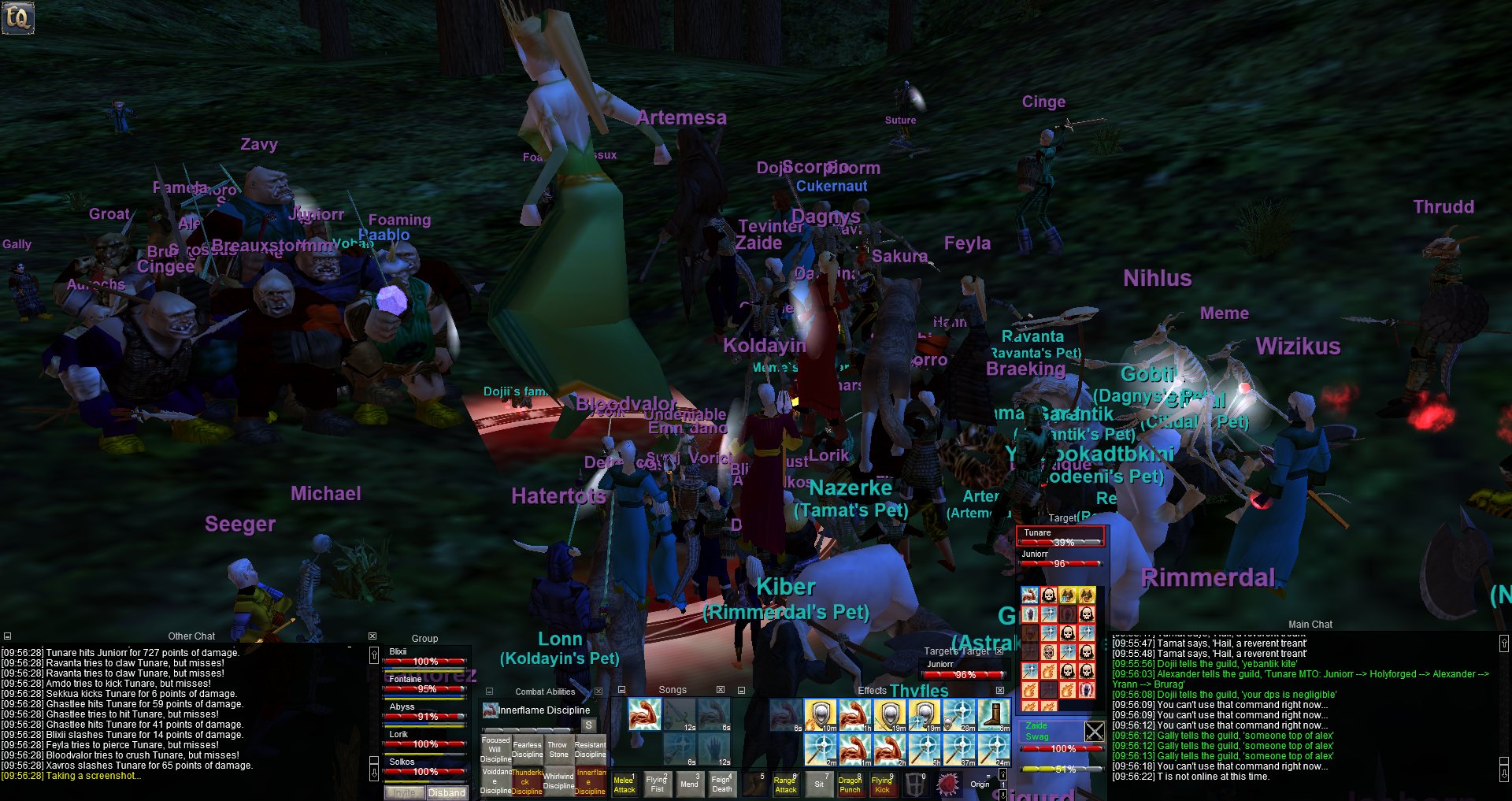 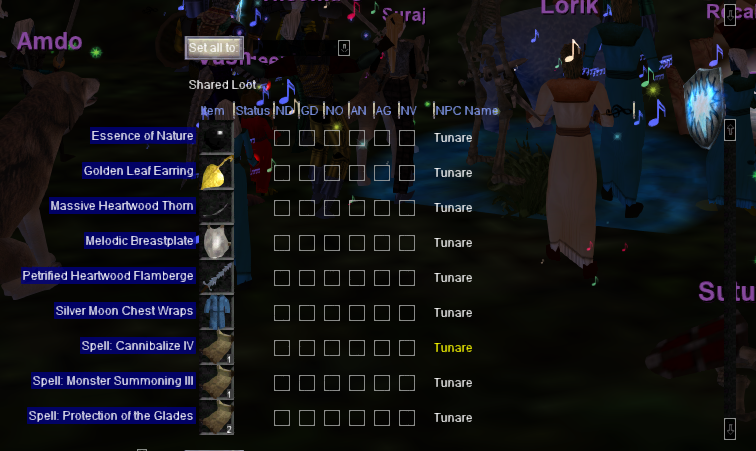 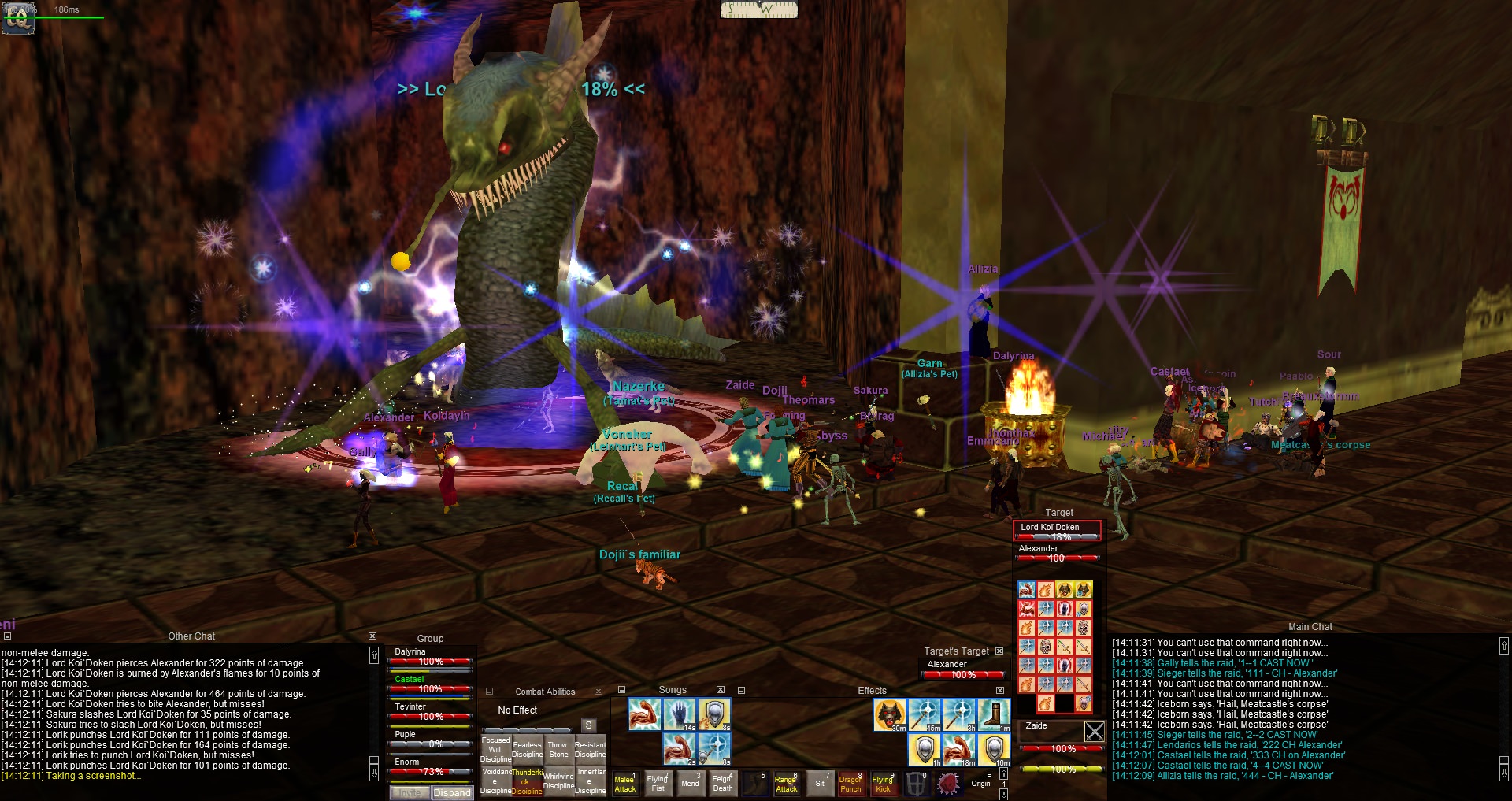 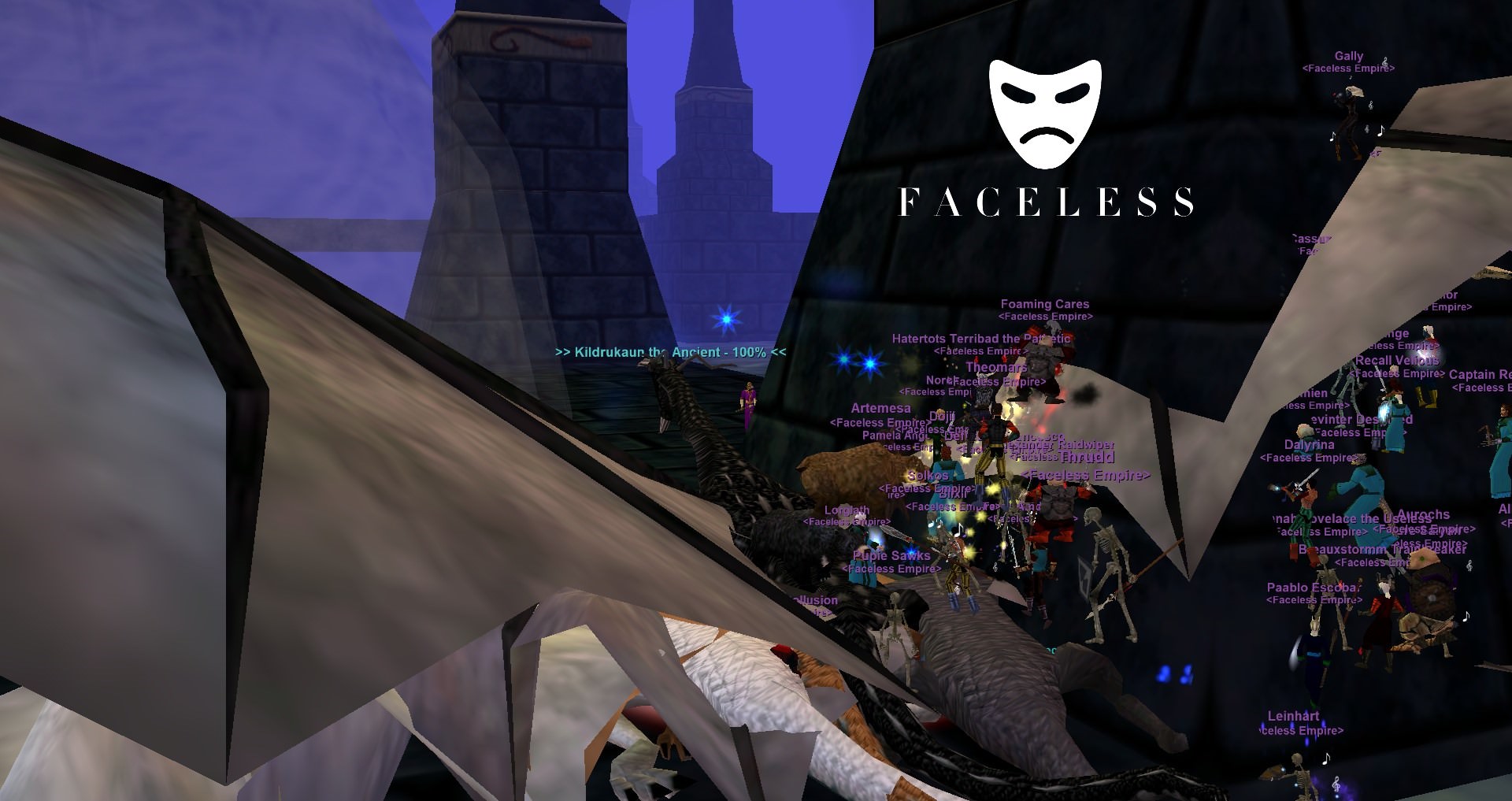