Coming into Luclin we had some unfinished business. Due to some miscalculations we missed the Luclin completion record by about 11 hours on Lockjaw, but this time we did the math and went in knowing exactly what we had to beat.

If you’ve never done Luclin before here is the run down. The final boss of the expansion is Aten Ha Ra, she is in Vex Thal which requires a convoluted keying process (Hello VP) to enter. The gist of it is that you have to camp a dozen or so trivial mobs and hope for lucky drops, then you need a “Glowing Orb of Luclinite” which can drop off of any of the slew of random raid mobs in the expansion and finally you need a Planes Rift which can only be acquired by killing Emperor Ssraeshza.

This process is easy enough really, but getting the Emp kill can take some time, you need to key all your members for his room, and you need to farm banes for hours on end in order for your melee to do any damage to him.

With the previous record time of 81 hours and 23 minutes hanging over our heads, we didn’t want to take any chances. So rather than dedicate a huge chunk of time farming banes to fight him we did some more math and determined that if we just rolled about 30 more Wizards before launch we could steamroll him with caster DPS and just log back into our melee to loot our VT keys. We also knew that with some creative pulling we could cut down on the total keying time significantly. 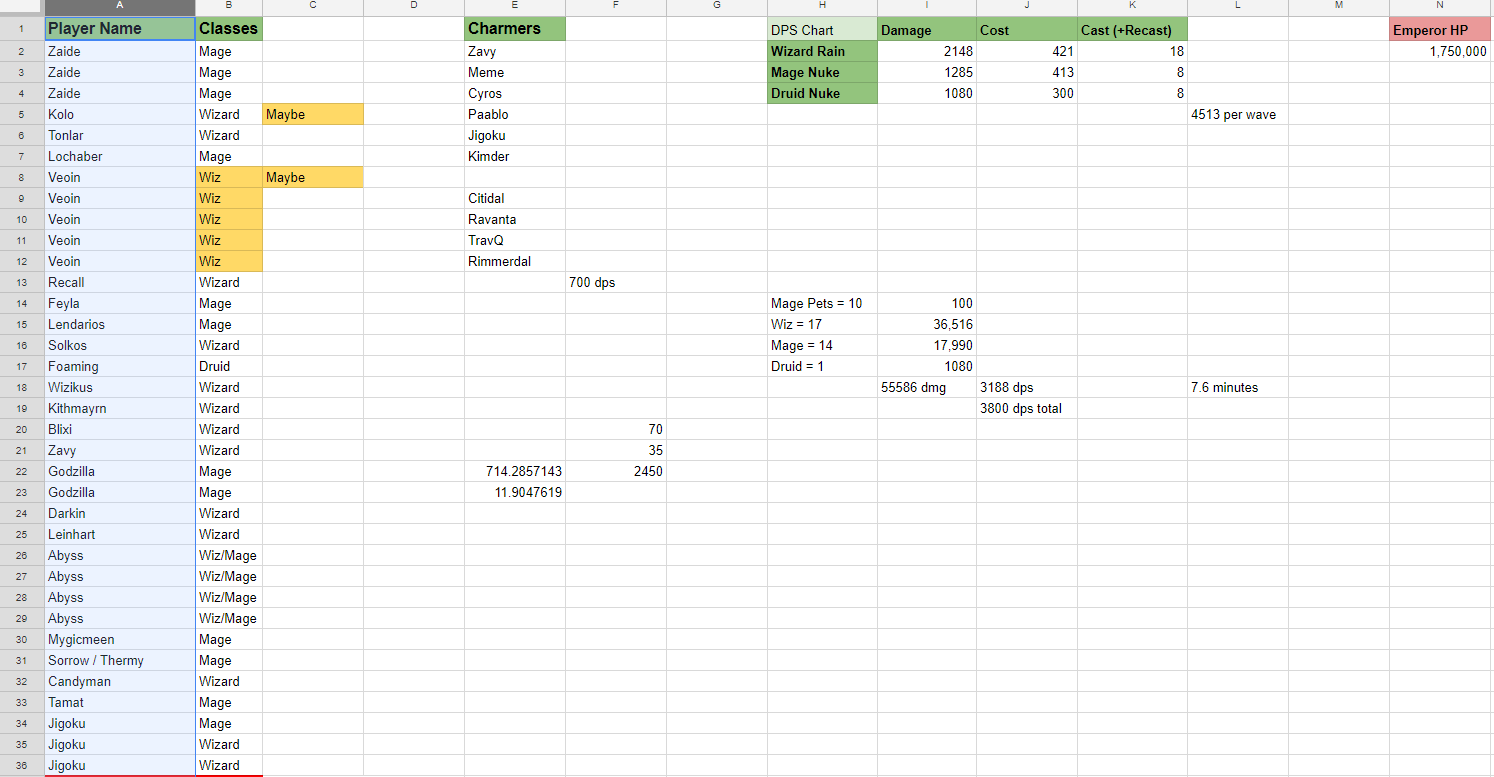 And so it was done 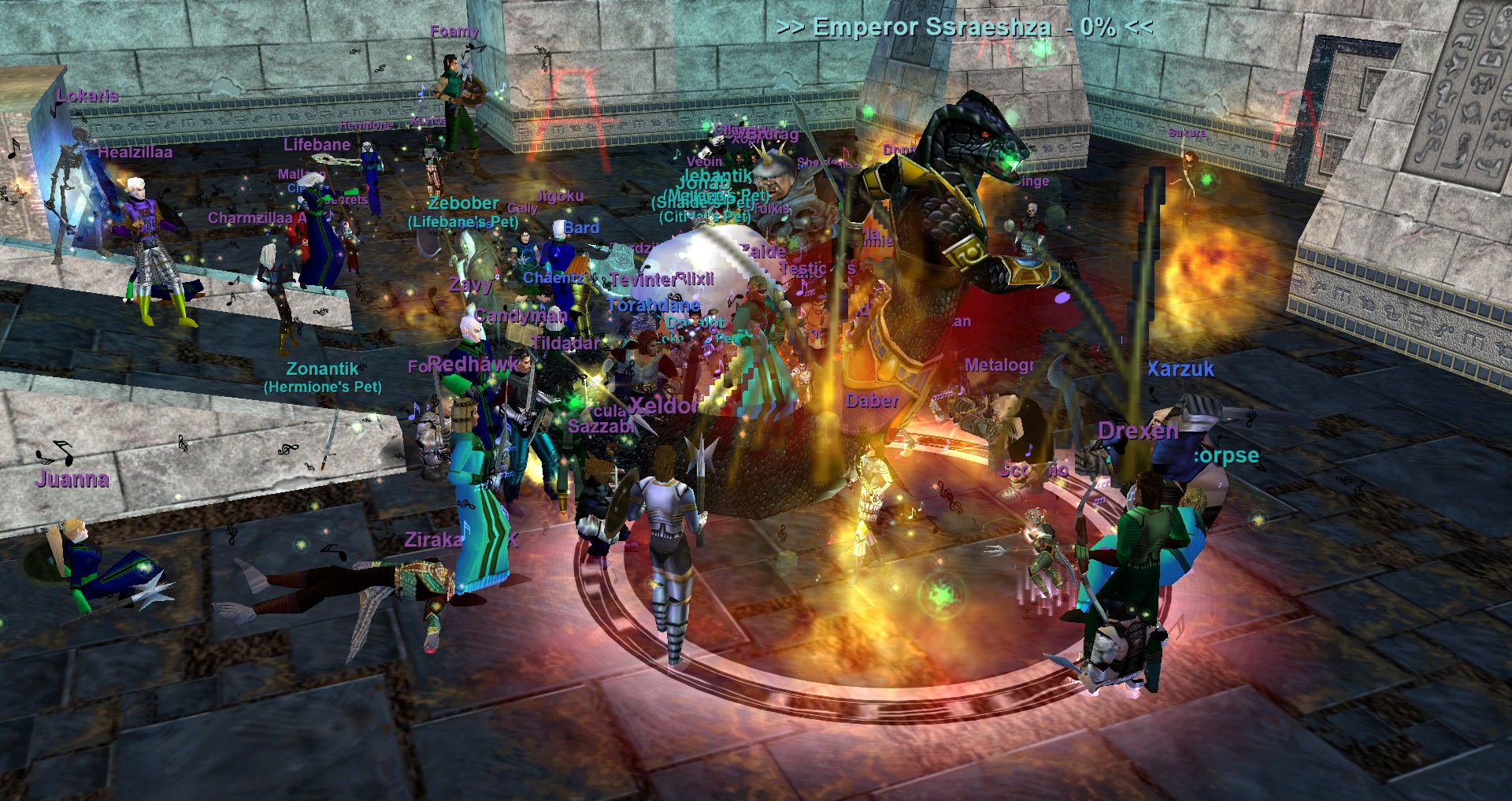 With Planes Rifts in hand we continued our onslaught across the moon, killing any raid mob we could find in order to get that precious Luclinite. 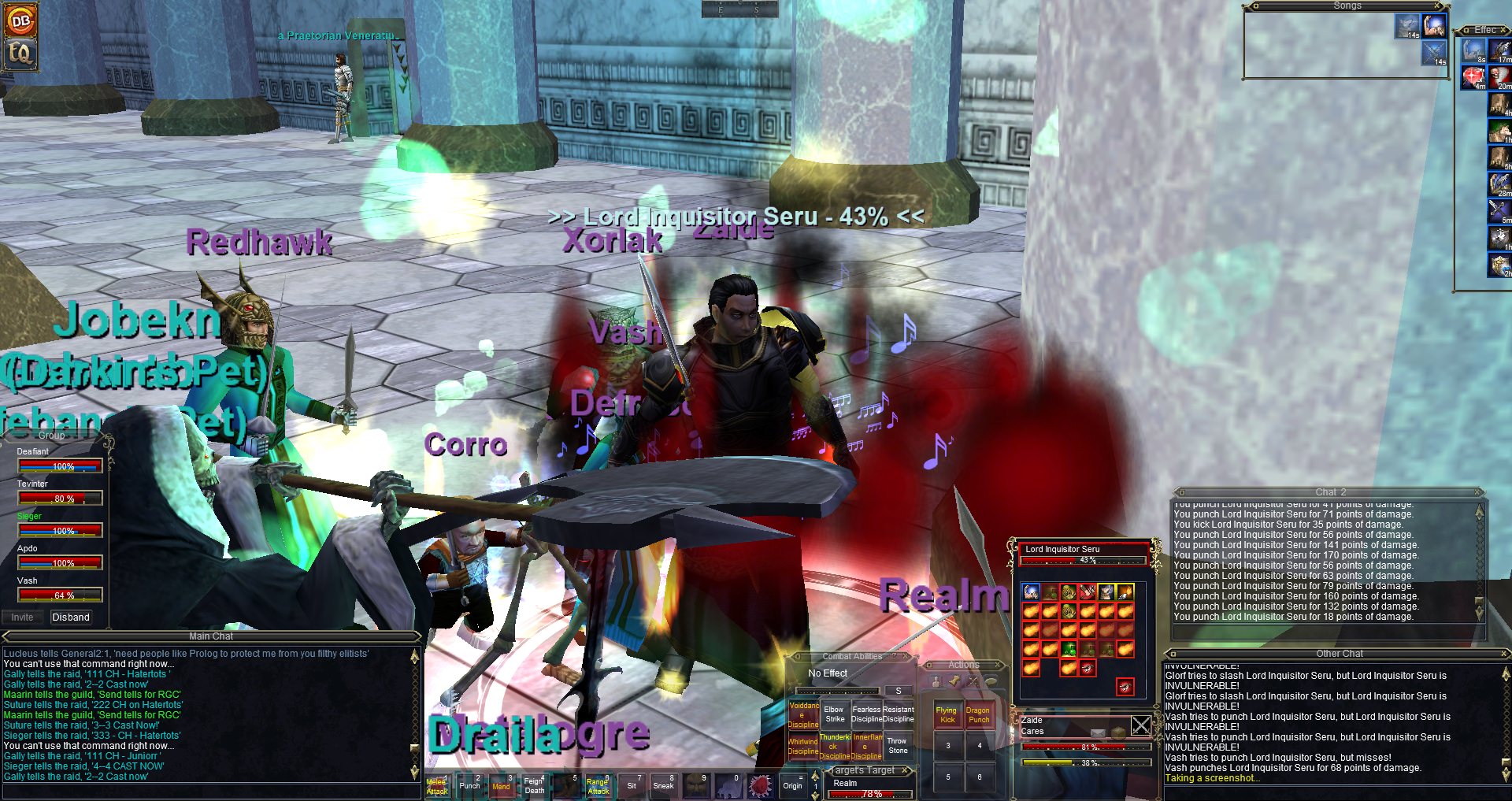 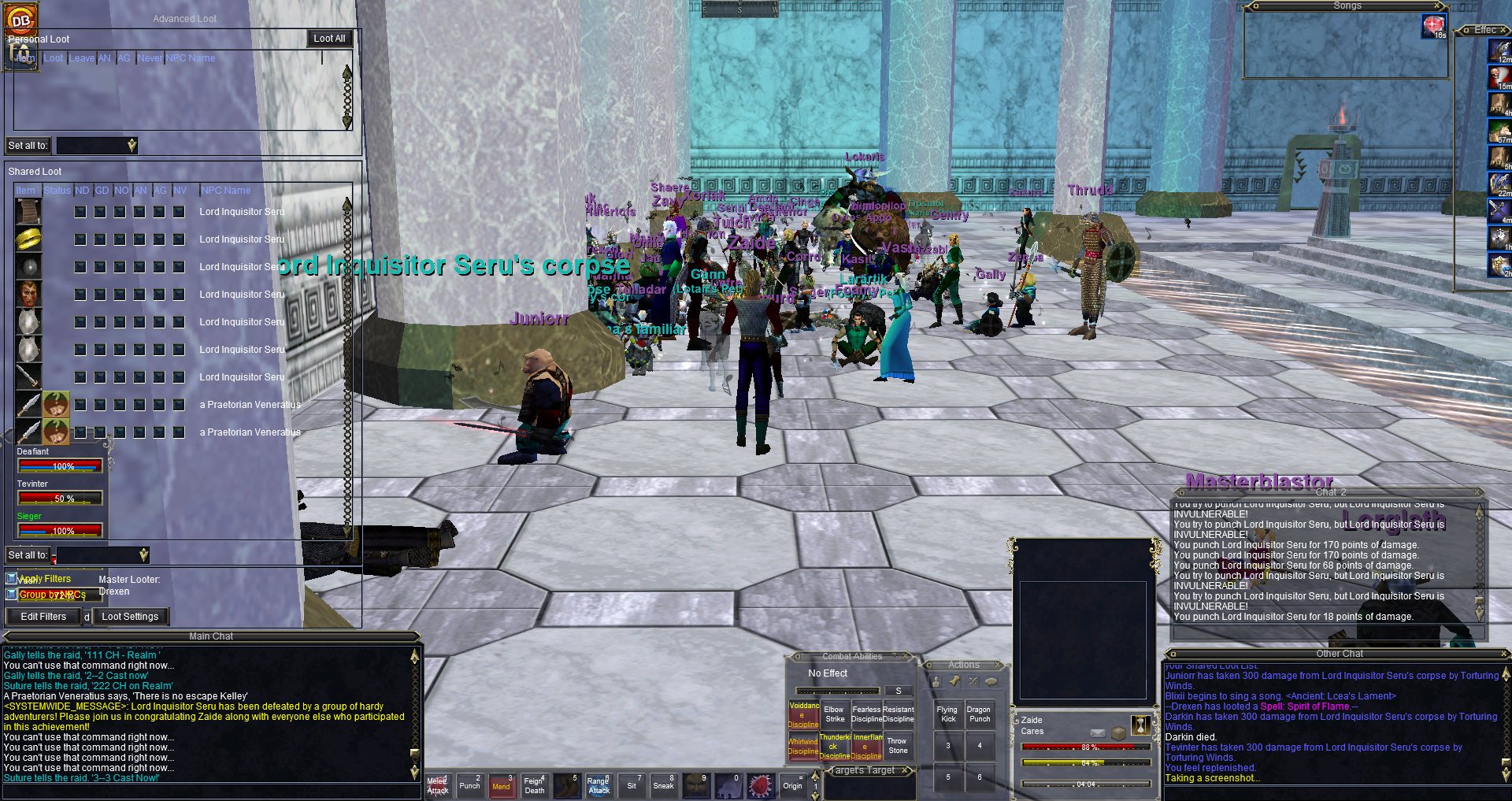 Finally, we broke into Vex Thal with a small team of players and cleared the zone, culminating with the slaying of Aten Ha Ra. We finished this process in 39 hours, 24 minutes and 38 seconds. All told we cut the previous record in more than half. 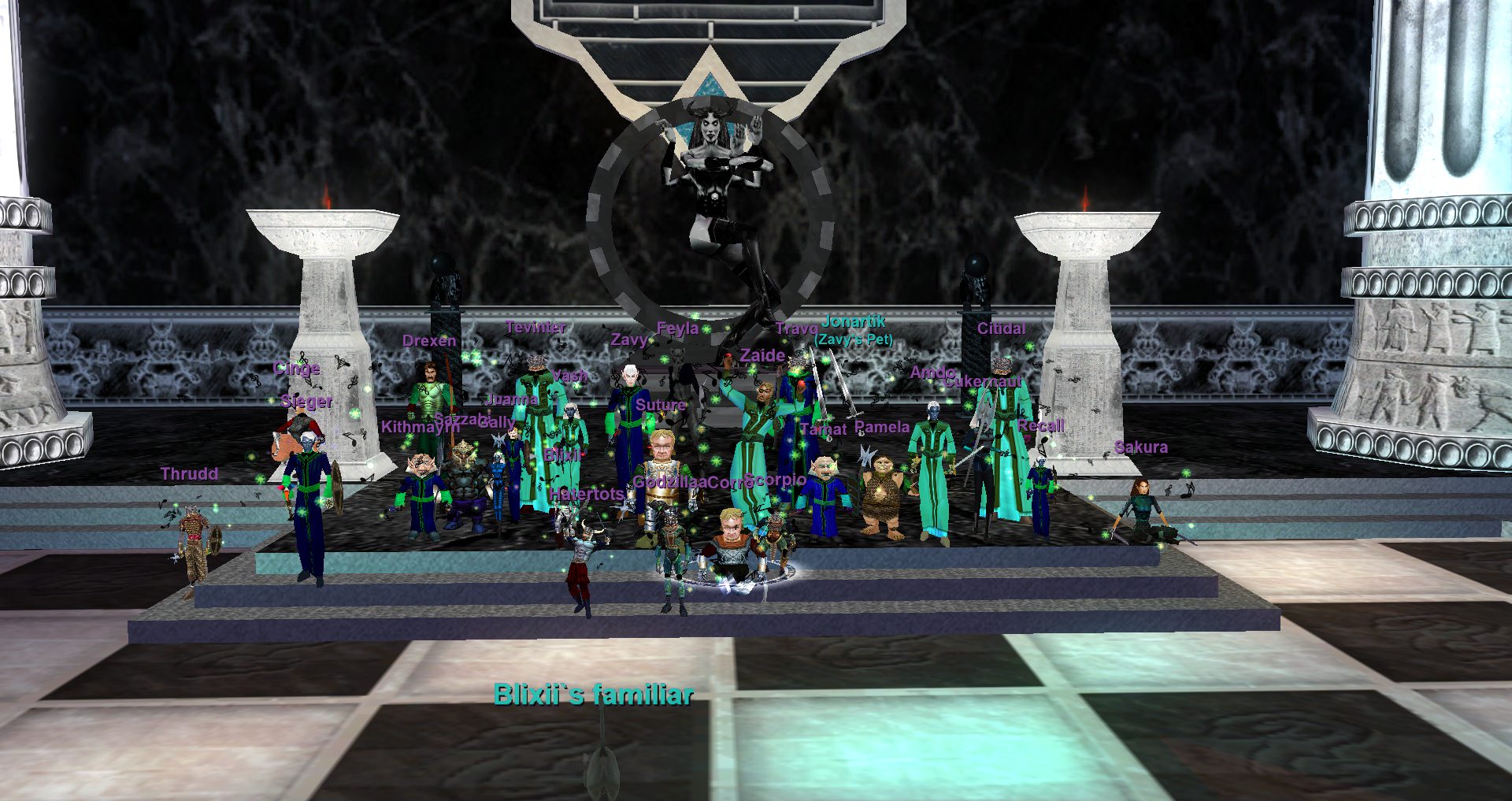